Part 1:
What Is A Self-Concept? How Does It Affect You?

Essentially, your self-concept is a collection of core beliefs about who / what you think you are. Initially these beliefs started out as thoughts.

However, as we react to our own thoughts about ourselves, such as “I’m not good enough,” or “I’m bad,” we feed energy to them and the same or similar thoughts become more repetitive. In this process they become core beliefs, which continue to generate thoughts related to those beliefs: “I’m bad and people don’t like me.”

Also, for most of us, a huge aspect of our self-concept comes from the conditioning of the culture we find ourselves in:

“I am a body which has a mind, thoughts, feelings, experiences, a past, a present and a future. This body which is ‘me’ is separate from all other bodies. Therefore, I am separate and alone.”

Out of that flows our beliefs about the world and other people as well. However:

The truth is, you aren’t ANY self-concept, whether it is a deflated or inflated one. Your concept of yourself is just that: a concept. A thought. You are actually the consciousness within which the experience of a body, thoughts, personality, emotions and all experiences arise IN.

Will Overcoming Your Limiting Beliefs / Self-Concept Make You Happy?

First, you don’t have to work at overcoming your limiting beliefs. If you’re trying to overcome or change core beliefs, then all you’re really doing is trying to swap one identification with another one.

The “trying” itself will keep your attention away from the very peace you seek. You don’t have to “try” to be what you already are – pure consciousness. You just have to notice the peace you already are, beneath your self-concept.

If you are truly interested in finding happiness – knowing yourself as true, infinite stillness, and peace – there are 2 pathways involved:

In this 4 part series, we’ll be primarily focusing on the second pathway.

Generally, we believe all our suffering comes from what has happened to us – our childhood, what happened 10 years ago, or even last week or ten minutes ago.

You’re driving to work and suddenly, without warning, someone pulls out of a driveway and cuts right in front of you. You slam on your brakes to keep from crashing into the other car. Your heart pounds with fear and adrenaline, and within a few seconds you feel anger surging.

Two days later you’re still rattled by it. Sure seems like your suffering is a result of the other driver’s actions, right?

Let’s look at this.

In the moment it happened, there was most likely an initial, automatic physical / emotional response – what we would generally call “fear.” Then once your mind gets involved in it (“Sheesh! What is wrong with that person? S/he cut me off!”) there is a good chance anger would arise too.

After awhile the nervous system would calm down and you’d go about your day.

However, suffering over it arises if we continue to chew on it mentally all that day, and perhaps longer. When we get to work we tell our co-workers about what happened. Most all of them agree something bad happened and we SHOULD be angry, which adds energy to our story that we are the victim of what happened and the person who “did” it to us.

The next morning when we wake up and think about going to work, the memory of the previous morning comes up and we feel a surge of anger again.

This is suffering: when the event is long past but we’re still feeling an angst about it.

I feel it is important to point out that suffering over past events doesn’t mean you’re doing something “wrong” or YOU are wrong or bad for doing it. Dealing with life in this way is what we’re actually conditioned to do. We’re not usually shown that there is any other alternative.

And there IS an alternative. Stay with me here in this series and you’ll see.

Consciously or unconsciously, our belief system / self-concept creates our experience of “reality.”

If you have a belief that the driver of the other car should have been paying more attention and shouldn’t have cut in front of you, you will believe (either consciously or unconsciously) you are a victim of the other person. Then you WILL suffer over the event, guaranteed. You will think about it again and again, feeling the weight of suffering each time.

Beliefs That Resist “What Is” Guarantee Suffering

The belief that the driver should have been different than they were, and what happened shouldn’t have happened as it did, keeps you in direct conflict with “What IS.”

The fact is, it HAPPENED. Deciding who was right or wrong is irrelevant. It simply happened. Then the next aspect of “What Is” is that you felt fear. You felt anger. That HAPPENED, and might still be happening.

To resist any of what happened or what is arising in you will guarantee suffering.

Resistance Is Also Included In “What Is”

For just this moment you can disengage and dis-identify with your thoughts ABOUT what happened. That doesn’t mean you have to try to stop your thoughts, which is pretty much impossible, in my experience. Instead, you can decide to not believe your thoughts. You can let them just come and go.

If you notice you have resistance to disengaging from your thoughts about what happened, the resistance itself is an energy which is simply present and you can welcome it to be here too.

If resistance to “What Is” arises, then resistance is part OF “What Is,” simply because it IS arising.

Whatever is here GETS to be here, simply because it IS here.

We can simply be here with what is here NOW, as we think about the event, whether it was today or last week. You can begin to notice there is a place in your body which feels tight and constricted now, in present time, as you think about the past event.

The mind would call this constriction “fear” and/or “anger.” Rather than focusing on the mind’s habit of rethinking the whole episode, or on anything the mind has to say about any of it, you can choose to focus on what you are EXPERIENCING now – what is occurring within you NOW, which is the sensation of those emotions, including the place of tightness in your body.

You can notice the energy itself which you experience within the body, without categorizing it as good or bad, or even labeling it as fear or anger. When we decline to do that, we can experience the tightness or discomfort in the body as a nameless vibration, an energy.

Please see Emotional Pain – To Heal It We Need To Acknowledge It, especially here and here, which will guide you through this process step-by-step.

As you practice, the tightness will gradually let go on its own.

However, if we embrace these energies with an underlying intention of trying to make them go away, we fight with ourselves and actually feed energy to the constriction.

We Are Victims Of Our Own Self-Concept

The car example above is an isolated event, and fairly benign in the overall spectrum of painful human experiences. You and I both know, from our own experiences, that life can present us with far more traumatic experiences, some of which were repetitious, such as with childhood abuse and other ongoing traumas.

We both know that an experience such as ongoing child abuse can involve much deeper trauma than a potential car crash, and is usually intertwined with a deeper and more painful belief system and self-concept.

However, I’ve found the way to let ALL suffering release (which you'll be guided through in Part 3) is essentially the same. Most of the repetitious, ongoing suffering we experience, whether it is from a recent event or from long ago, is still linked with the identification with our reprocessing of what happened, even if much of it is going on below our conscious awareness.

Furthermore, the mental reprocessing is a by-product of unconsciously living by a painful core belief system / self-concept, which determines how we experience our lives.

Using the car example above, on the surface let’s say you have a belief which says:

“The other driver did something terribly wrong.”

It isn’t hard to see that holding onto this belief will keep you in a state of reaction, resistance, and turmoil, as well a deep sense of separation. It will also indicate a deeper belief / self-concept which says “I am a victim and at the mercy of everyone.”

I’m not saying it is bad or wrong to have these, or similar, beliefs. What I AM saying is it is very important to SEE them if they are there, to see what internal “compass” we live by, perhaps unconsciously.

The belief above is a surface belief, a starting place. In order to let suffering unwind, we need to become conscious of the deeper beliefs within us which make up our self-concept, so we can question their validity, thereby letting them unwind by themselves.

Later in Part 3 I’ll take you through a process to show you how you can do this. But first, I'll see you in Part 2.

How Your Self-Concept Colors Your Life Experience 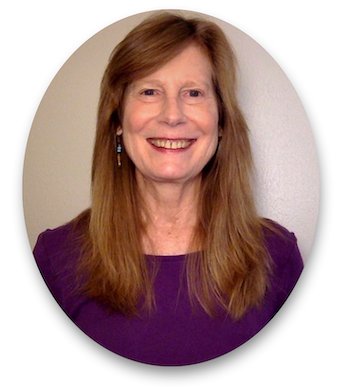